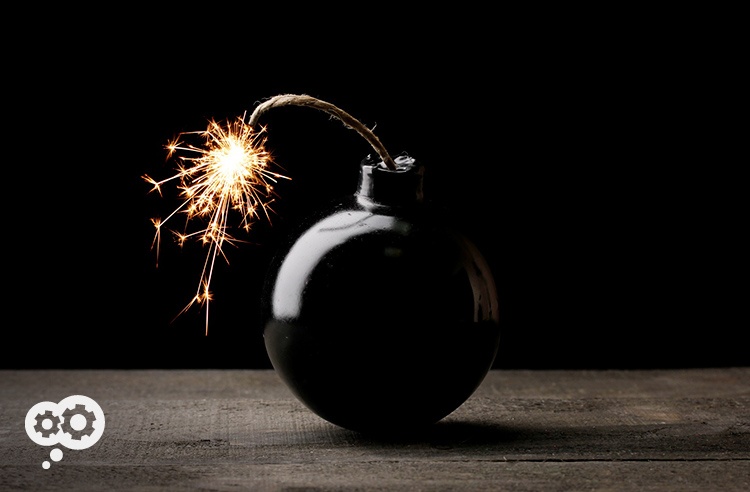 Copiers aren’t just security threats during their time at the office; they’re also a potential threat even when they’re sold to a third party.

Your copier is hiding something from you – its hard drive.

Copiers with these “hidden” hard drives have been prevalent since 2002 and they store images of every document that has ever been copied, scanned, or emailed. This data remains stored on the hard drive until the drive becomes full then the old data is overwritten, but there’s always the potential for sensitive information to be stored on your copier’s hard drive.

Though that copier in the corner of the office may appear innocent, it is ripe for hacking – and they are often overlooked.

Many times businesses may fail to have a strong password in place in order to receive access to their office network, a network most of their copiers are connected to. Lack of a password or a week password could easily provide hackers with the ability (via the Internet) to gain access to the network, allowing them to obtain all those images of all those documents that have been stored on the copier’s hard drive.

Copiers aren’t just security threats during their time at the office; they’re also a potential threat even when they’re sold to a third party. According to a CBS News segment, these copiers are a “digital time bomb” and a treasure trove for identity thieves – holding images with information such as social security numbers, income tax forms, bank records, and birth certificates. See what’s discovered during an undercover investigation in a warehouse in New Jersey - check out the segment HERE.

So digital copiers are a potential threat - now what do you do?

Here are some options to protect a copier’s hard drive and its stored data:

Passwords: Password-protecting business copiers is just as important as a business password-protecting their computers. You don’t want you password to be easily guess so be sure that they aren’t too simple (use capitalization and numbers) and that they are changed regularly. And never use a work password for a personal account - don’t let Facebook be what compromises the network. This article should help: “How to Create and Remember Strong Passwords.”

Disk Scrubbing: In order to prevent unauthorized data recovery and to protect sensitive information, a copier’s disks have to be scrubbed before being disposed of or sold to a third party. To put it simply, disk scrubbing wipes the hard drive clean and ensures information security. You might see this referred to as digital shredding as well.

Encryption: Have software installed that encrypts data already on the hard drive or prevents it from being stored. With this method businesses are able to prevent unauthorized access to files - safeguarding electronic information.

Vendor Services: Vendors can replace, remove, or dispose of hard drives. Depending on what the decision is for end-of-life (whether the hard drive will stay on site, be scrubbed, or disposed of) a copier service provider can help with these services. Here at Datamax, we understand document security and are here to ensure that security for your copier hard drive.

Businesses may think they have a bulletproof security plan, but unless that plan includes their digital copiers that system is flawed and a prime target for hackers.